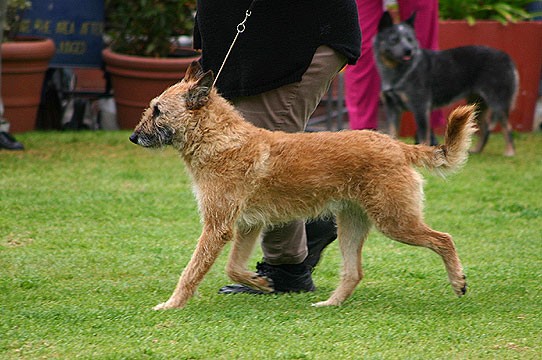 The Belgian Shepherd is a breed of medium-sized herding dog from Belgium. While generally considered a single breed, it is bred in four distinct varieties distinguished by coat type and colour. The long-haired black Groenendael, the rough-haired fawn Laekenois, the short-haired fawn Malinois, and the long-haired fawn Tervuren.

Originally bred as a herding dog, the modern day Belgian Shepherds are used in a number of ways including assistance dogs, companion dogs, detection dogs, guard dogs, guide dogs, police dogs, and search and rescue dogs. The breed has a long history of being used by military forces. 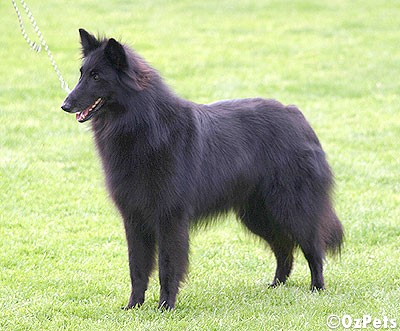 The Belgian Shepherd is a medium-sized athletic breed with a body built for endurance, the dogs typically stand around 62cm with bitches being around 58cm. They usually weigh between 20 to 30 kg. The breed has a long, slender head with triangular, erect ears that are rounded at the base, and a long, narrow but balanced muzzle. Their body is muscular but not overly heavy.

The Groenendael is long-haired, it has a solid black double coat, the outer coat is straight and particularly long around the shoulders, neck and chest, they have short hair on the face, and well feathered legs and tail.

The Laekenois is rough-haired, its coat is fawn in colour with discreet black overlay and is harsh, dry and normally slightly tangled in appearance. It has a bristled, feathered muzzle and limited feathering on the legs and tail. 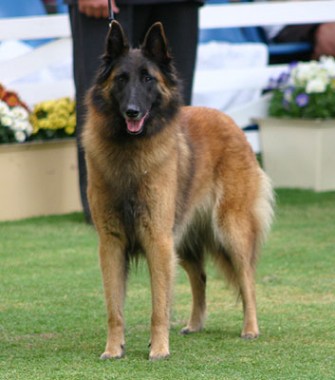 The Malinois is short-haired, it is fawn in colour with black overlay, with a charcoal-coloured face and extremities.

The Tervuren is long-haired like the Groenendael, its double coat is typically fawn in colour with black overlay and with black extremities, although grey with black is known. It has a ruff of long hair around the neck and feathering on the legs.

Belgian Shepherds are known to be highly intelligent, alert and sensitive. They are typically highly trainable, vigilant and hard-working with a strong guarding instinct making them protective of property and family, and very well suited for service with security services. The Groenendael and Tervueren varieties have a reputation for occasionally being snappy, making them less suitable as companion dogs for children; the Laekenois, whilst considered very good with children, can occasionally be troublesome with other dogs. 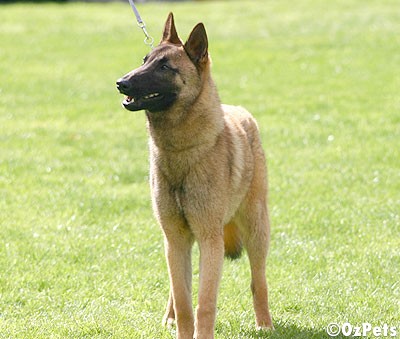 The Belgian Shepherd responds well to training which should be taken up from an early age. The breed is very active, particularly the Malinois which may reflect its continued breeding for security roles. The breed requires daily exercise and adapts well to living indoors. Belgian Shepherds are considered to be a relatively healthy breed with a life expectancy of 12 to 14 years.